The Metaverse Has Already Arrived.

The Metaverse concept allows us to create any universe that we’ve ever imagined - an evolutionary form of the internet. 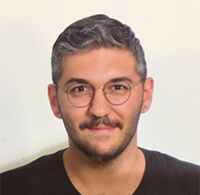 The word “metaverse” is often traced to Neal Stephenson’s 1992 dystopic, cyberpunk novel Snow Crash, and many see a more recent inspiration in the dazzling warren of experiences at the heart of Earnest Cline’s 2011 novel Ready Player One. However, the metaverse is far from the stuff of sci-fi. It’s not even new.

Online communities have existed since at least the mid-1980s, and grew in the 1990s with chatrooms, AOL instant messenger and the first social media sites. The game World of Warcraft became a persistent social scene for millions in the early 2000s, and communities have continued to sprout up within and around games. Today, logging onto Fortnite, joining a chat with friends over a console platform and launching into a game with them is, especially to younger generations, just as social an experience as most other physical interactions.

Whether in virtual reality (VR), augmented reality (AR) or simply on a screen, the promise of the metaverse is to allow a greater overlap of our digital and physical lives in wealth, socialization, productivity, shopping and entertainment. These two worlds are already interwoven, no headset required: Think about the Uber app telling you via location data how far away the car is. Think about how Netflix gauges what you’ve watched before to make suggestions. Think about how the LiDAR scanner on newer iPhones can take a 3D scan of your surroundings. At its core, the metaverse (also known to many as “web3”) is an evolution of our current Internet.

“You’ve got your goggles on, 10 years from now, but they’re just a pair of sunglasses that happens to have the ability to bring you into the metaverse experience,” says John Riccitiello, CEO of Unity, maker of a video game engine that is increasingly used to develop immersive experiences on other platforms. “You’re walking by a restaurant, you look at it, the menu pops up. What your friends have said about it pops up.”

For Riccitiello, the most exciting part of the metaverse is what it might mean for our relationships.

The idea that we might be able to “feel like we’re together when we’re not,” he argues, could likely lead someone to create a company on par with Facebook and Apple.

Banks and investors are taking note.

“There’s clearly a kind of a desire to move that direction,” says John Egan, CEO of L’Atelier BNP Paribas and an investment analyst focusing on emerging technologies. “This metaverse concept gives us the opportunity to create any universe that we’ve ever imagined.”

Full article can be found here.